Voted Best of the Bay 10 years in a row!

Call now to reserve a table!

Enjoy a meal you will never forget

We make breakfast the most important meal of the day

"The Pancake Place is a family owned restaurant that provides best in class service and quality food at an affordable price. Dining out is a luxury and it is ensured that each guest receives the service that they truly deserve." —Theresa Barlament, Owner

Since the year 2007, Theresa and Kevin Barlament have owned the 40 year old family diner that continues to serve the biggest plate-size pancakes and breakfasts that the Bay Area knows so well.

Theresa, now owner of The Pancake Place, was employed at the restaurant for 10 years. To further her career and spend more time with her husband Kevin, she decided to take a position in the corporate world at Birds Eye Foods. But when Birds Eye Foods decided to move to New York in 2007, Theresa knew that the restaurant arena was where she belonged and in the summer of 2007 Theresa and Kevin Barlament took hold of ownership.

After Theresa bought The Pancake Place, she has led the team that has won 10 Best of the Bay Awards from the Green Bay Press Gazette as well as an award from popular trip planning website Trip Advisor. She has made a friendly environment for an entire family to come in and enjoy great food at affordable prices while receiving the best in class service. Come in an see for yourself! 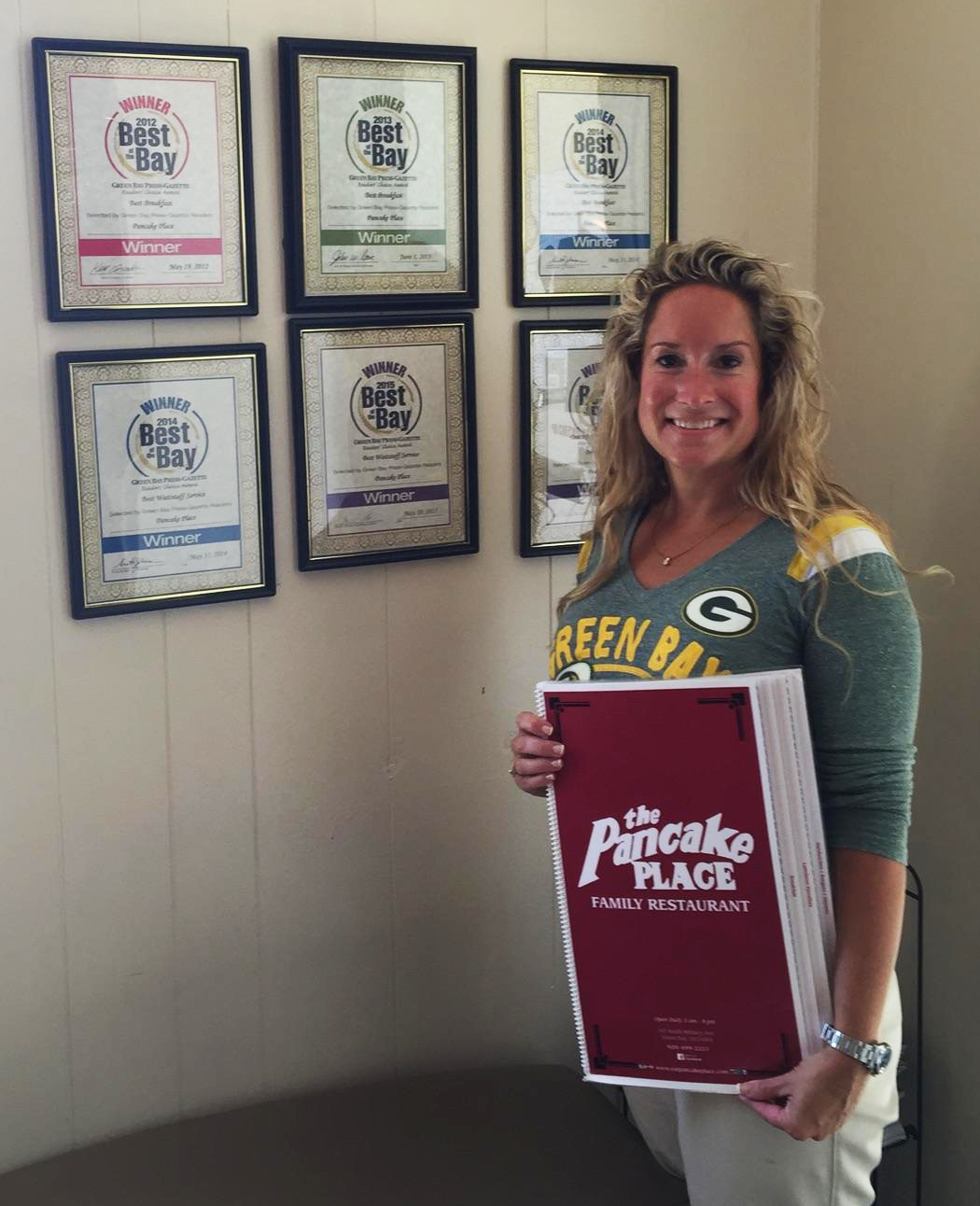